A look at machine thread tapping...

While working away on Hot Rod parts, I thought I'd shoot a little vid showing the machine tapping part of the process.

I continue to get a lot of inquiries regarding welding technique, varying from the ubiquitous "what are your settings" to "I saw a guy once do...is this right?" Sometimes these discussions occur in forum areas where I try to take a mentor-ship role in developing the knowledge and skills of those just dipping their toes into the trade. Here is a snippet I pulled from one such post that gives some of my perspective on the differing techniques used by professionals today...

This is where I choose to have a differing perspective, and why fabrication has so many paths to the same end.

Multiple elements have an effect on the overall creation of the fused joint that can be controlled by the operator; amperage, filler size, filler feed rate, rate of travel, angle of torch, and cleanliness.

The constants, however, are few: composition of the material, wall thickness of the pieces to be joined, heat dissipation properties of the material.

Joining the two takes an approach that is fine tuned by each operator, however the goal is the same; a cleanly welded joint that is solid through the root, creates a gentle transition between the two pieces without removing base material from the parent metal, and a gentle feathering of the filler on the edges.

Ideally, when welding thin walled bicycle tubing, the arc should be placed into the joint so as to create a keyhole, or an equal melting away from the joint's edges, that is then closed with the filler. As you travel forward, melting the material in front of your cooling puddle, your torch angle, distance from the joint, and rate of travel need to maintain consistency insuring you have full penetration, creating a solid/strong joint.

The master welders became so by learning two attributes; visually watching the changing elements of the keyhole/puddle and physically adjusting to maintain ideal conditions. This means that controlling heat input through the pedal, torch angle and distance, feed rate and travel speed, all becoming individual adjustments that factor into a cohesive whole.

The introduction of "pulsed" welding was intended to reduce overall heat input to the material, reducing HAZ and maintaining molecular stability. However, it was quickly adapted to creating a set of machine adjusted parameters that each operator found to be ideal for specific tasks. This is not to take away from the need to control the aforementioned elements, but it greatly reduced the need for on the fly changes, making it more efficient for the pro operator who is tasked with similar jobs frequently.

I have always been of the school of thought that I analyze the material properties I plan to join, set the machine amperage at the maximum I feel will be necessary for changing conditions (moving from varying wall thicknesses) and then use the pedal and individual physical adjustments to best react to the situation. This places the pedal most often in the middle of the travel range allowing for extended comfort and control, as the heat input can be increased or tapered off easily.

To create settings on the machine that mandates the pedal be "floored" for the majority of the pass takes away the ability to react, leaving only elements that have less effect, such as filler rate, to aid control.

Don't get me wrong, I'm not saying that this is wrong, incorrect, or not efficient. Only that it is an adoption of a new philosophy of welding, one that I feel is less controlled by the instincts of the operator.

As a beginner, you need to focus on learning to watch the physical reaction of the base metal and what it means. Examine how it changes with faster travel, more filler, varying torch angle, etc... Only after you achieve an understanding of how YOU affect the material can you then begin to examine settings on a machine that ease the process.

My two cents, for what it's worth.

OIRL Race #3 took place at Findley State Park, Thorne Trail, a tight, twisty, root filled trail that began to push the rider's technical ability.  Wrapping around a beautiful lake with fall colors just beginning to turn, it was a venue that begged the student athletes to push their limits.

A fast gravel start led into the woods and the single track. Guy Dagget dominated most of the race until a mechanical opened the door for Clayton, also of Hudson, to pass and take the race and series lead.  The JV battle continued between Noah (MCC) and Paul (Wooster) for the top placings in the JV Mens category, with MCC sweeping most of the awards at the podium. 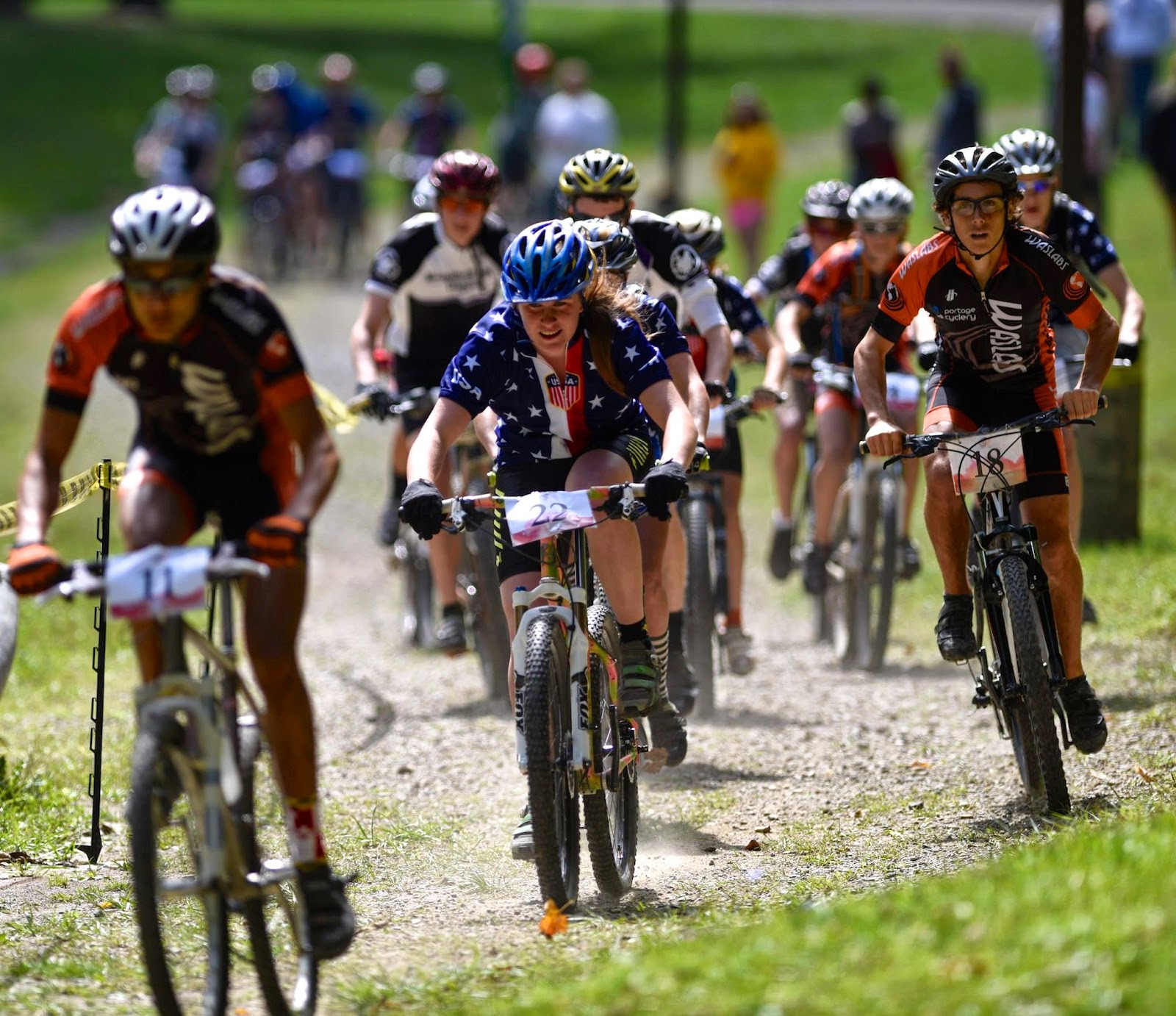 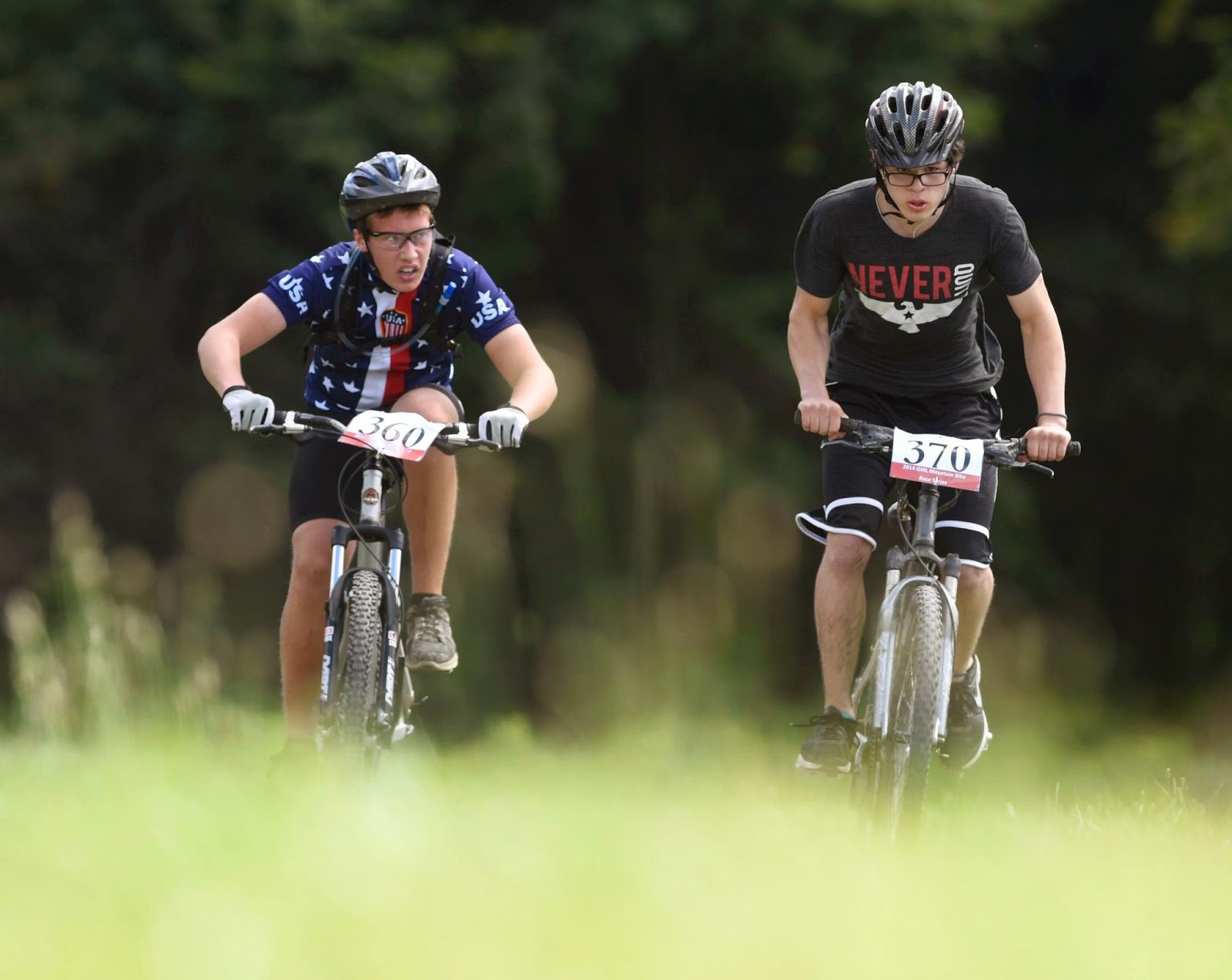 OIRL Race #4 stepped the technical and physical requirements up another notch, taking the high schoolers to Vulture's Knob, a tough race course known for it's short steep climbs, flowing downhill runs, and playful technical features.  The home course for Wooster HS, they took advantage of it, with Gillian dominating the Varsity Womens field and Anastasia of MCC putting in a great performance on the most demanding trail she's raced at.  St. Ignatius had a good showing as well, with all team members performing well.  A big thank you to 331 Racing and Pro Gold for filling the prize table with goodies, and Clif products for feeding all the kids with nutritional items during the race... 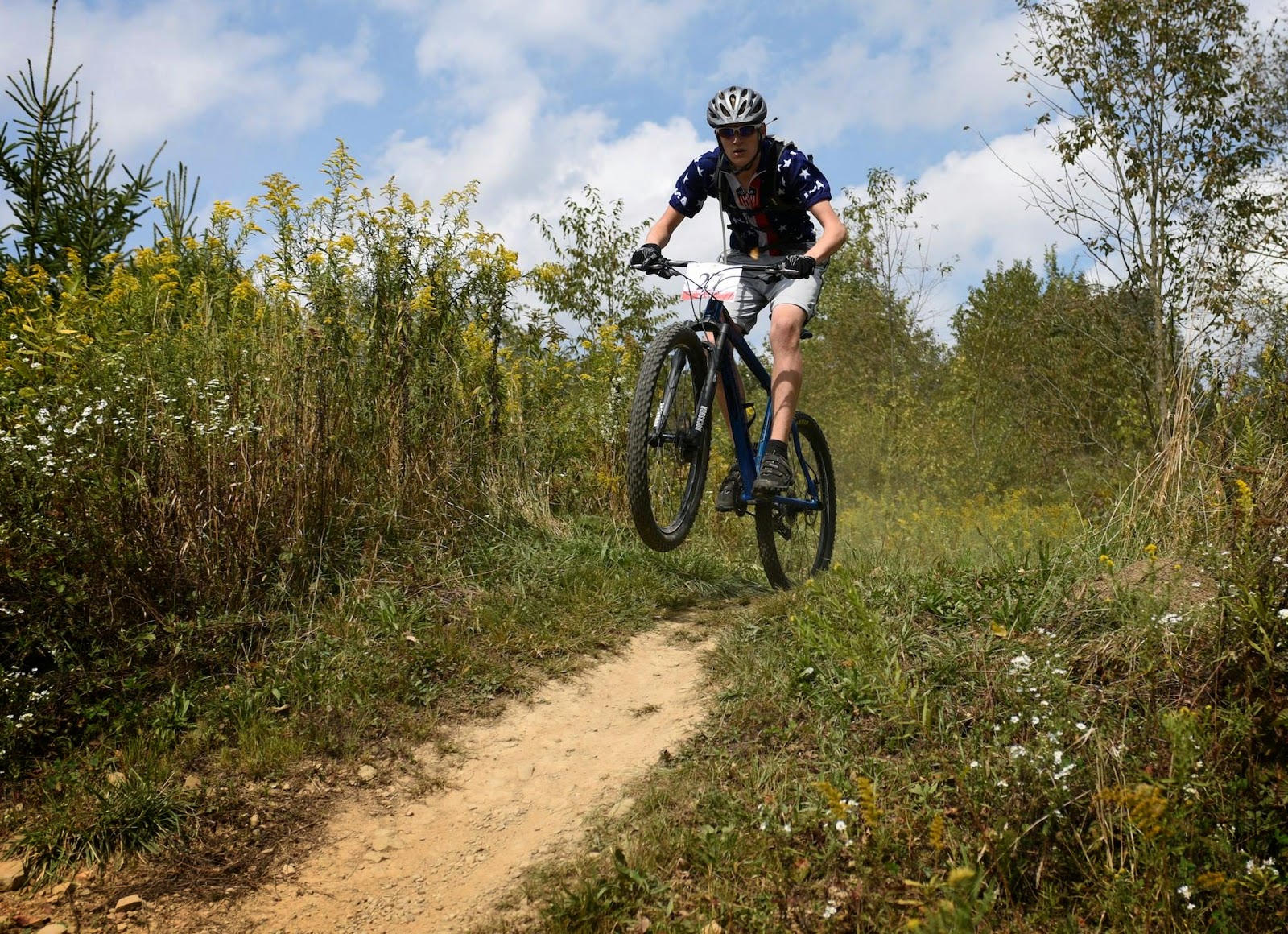 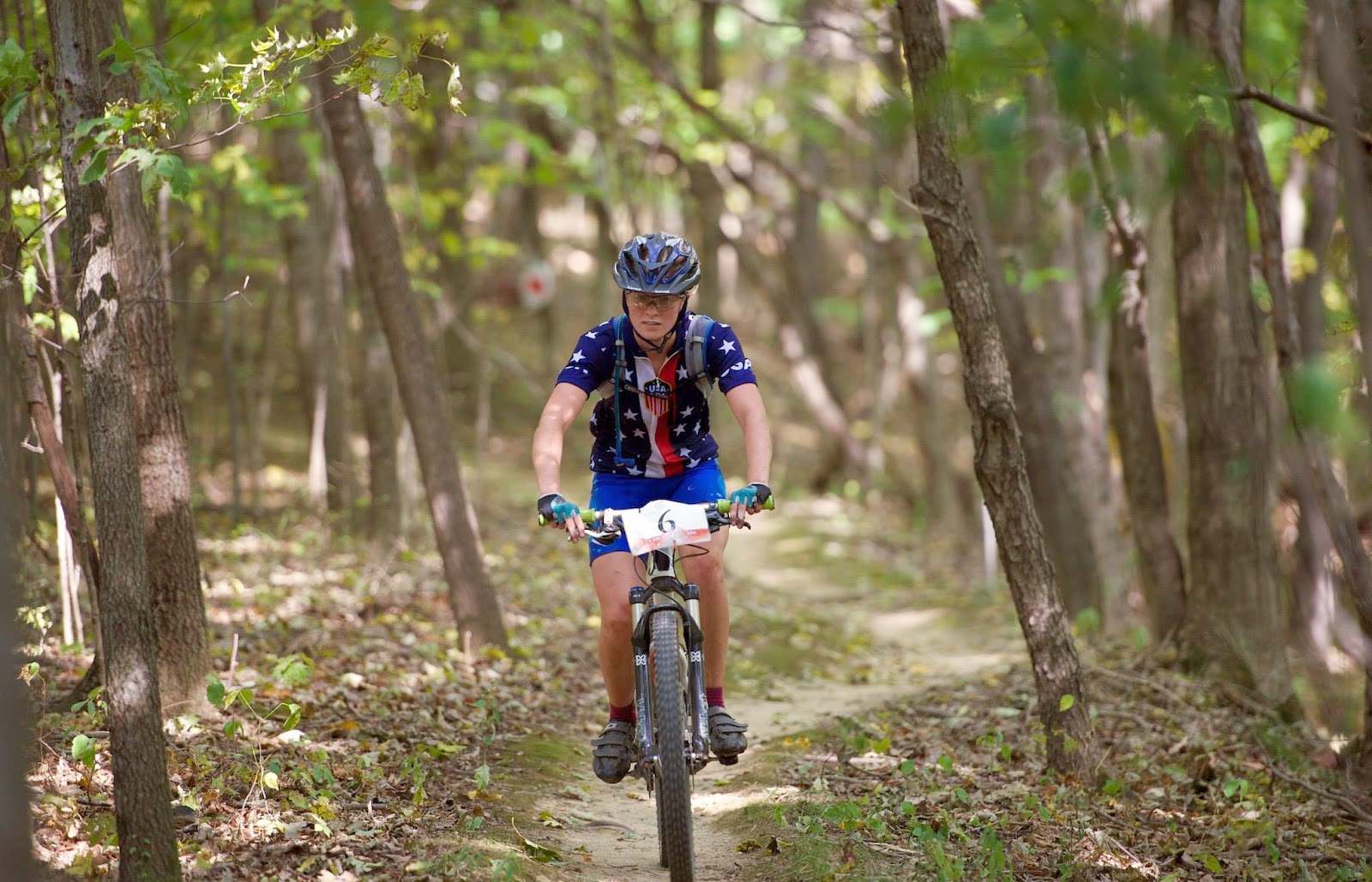 The final course of the season, Camp Tuscazor, played host for OIRL #5.  The series stress's progression in fitness and technical ability and brought that to full realization for the athletes when they pre-rode this venue.  A short 1.8 mile course was laid out that was strewn with wet roots, rocks, and 500' of steep climbing per lap, giving the participants a 2500' gain in just 9 miles of racing.  As the countdown commenced at the start line, a barrage of sleet and wind began, cutting to the bone...so glad the climbing kept them warm.  Wooster High School had a commanding lead in the Varsity competition thanks to the pony tail trio...Sydney, Gillian, and Emily who had consistently dominated the female podium all season.  The real race was for second, as Hudson and Montgomery County Composite came into the final race tied in points.  A strong performance by Clayton, Guy and Ryan lifted Hudson above the efforts of the team from Dayton, securing second.

However, MCC's Noah Landis dominated the JV podium most of the season, cinching the state title for their team just 6 points ahead of Wooster. 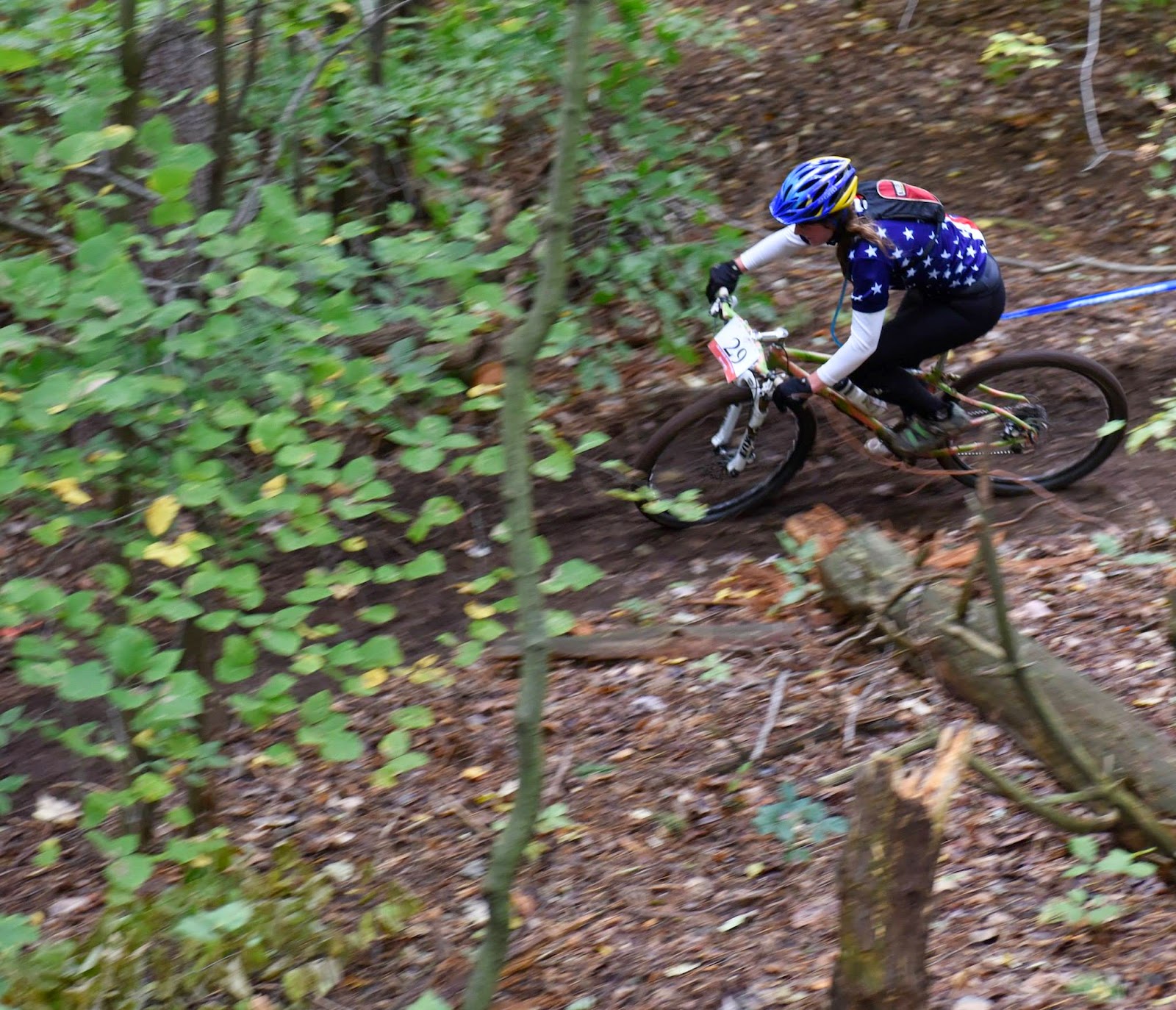 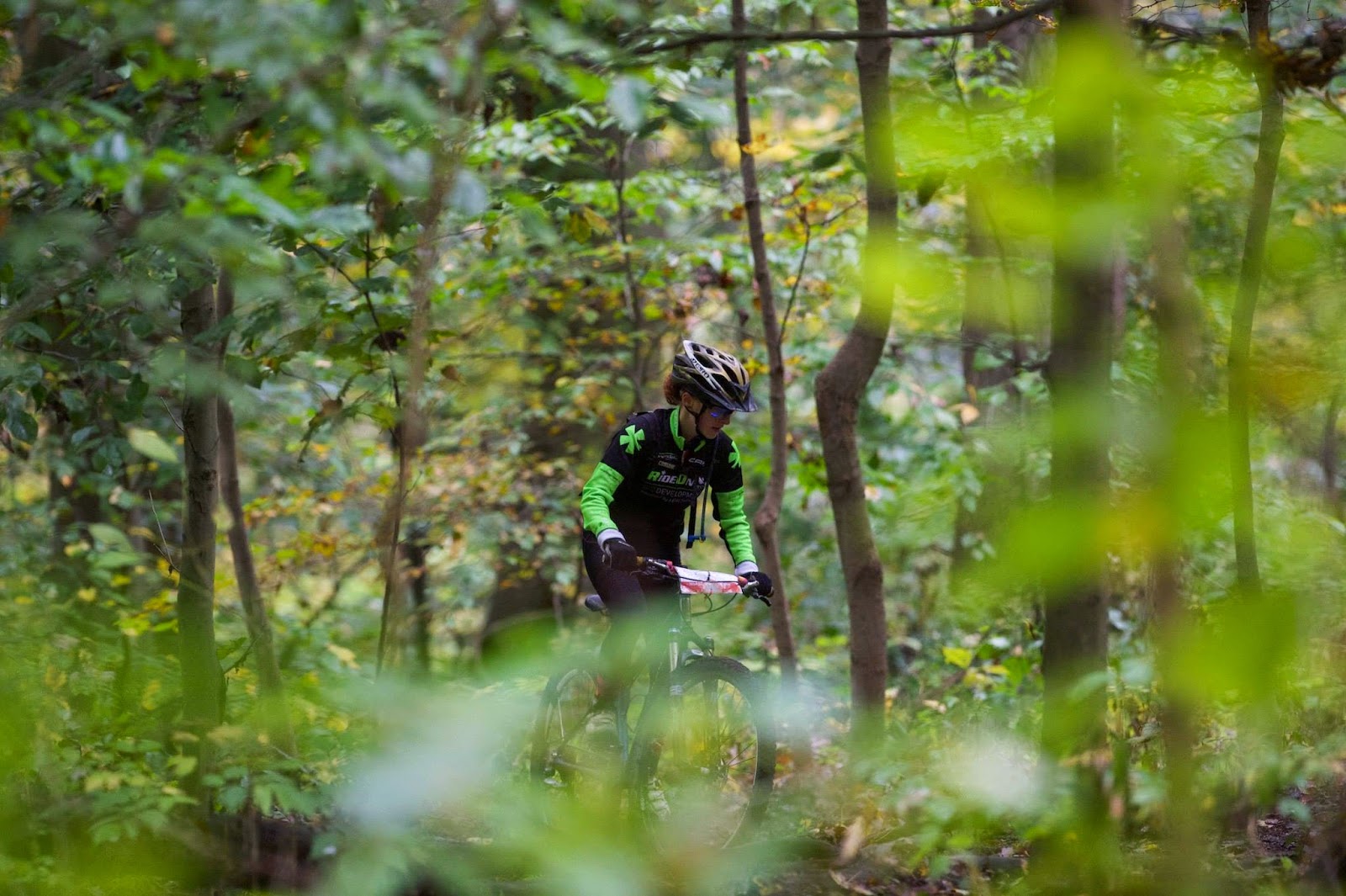 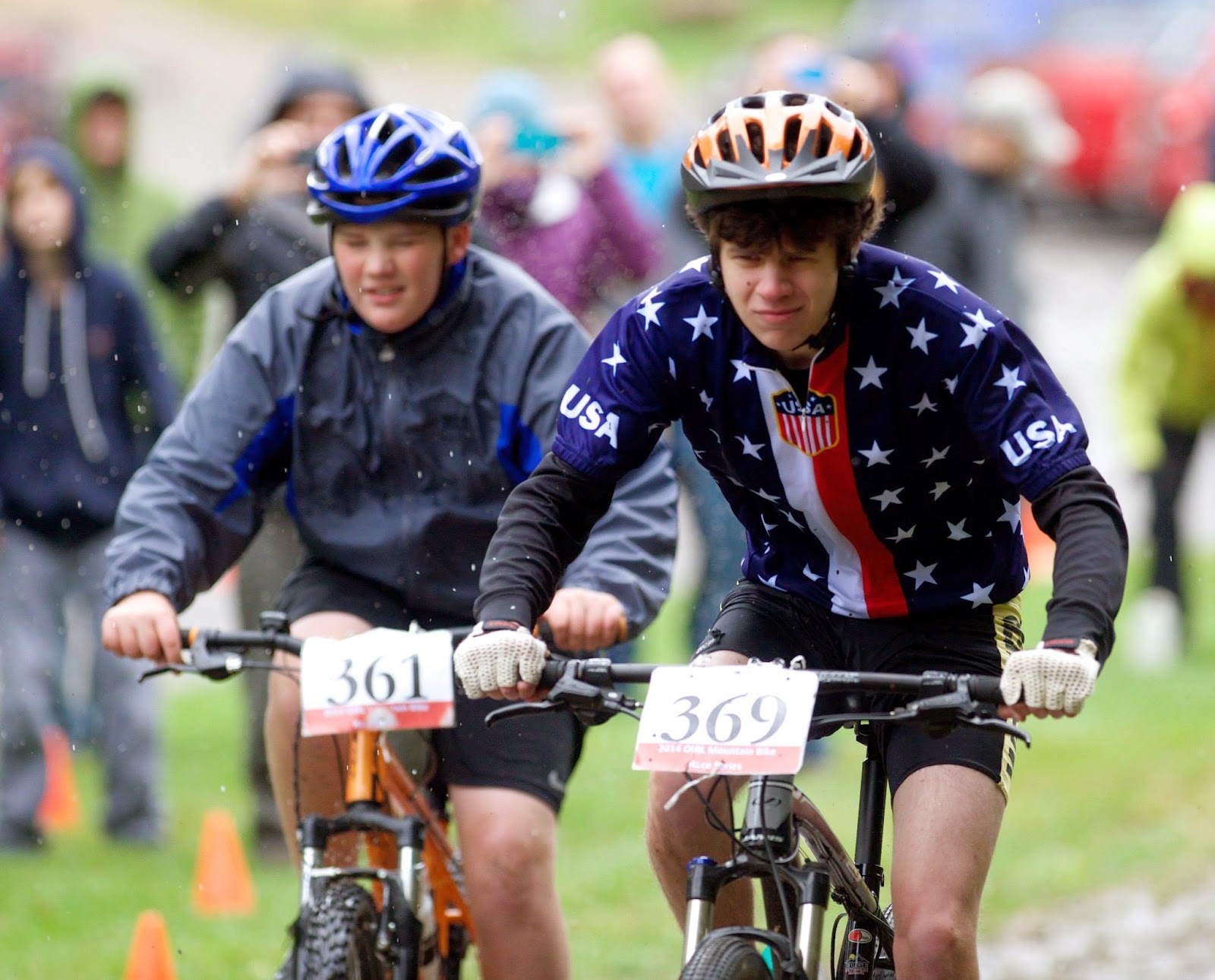 Congrats to all the student athletes...here are the final results.

The final State rankings are as follows:

All athletes should be commended on their outstanding achievement.

The top three teams in Varsity and JV received trophies to be interned at their respective schools. 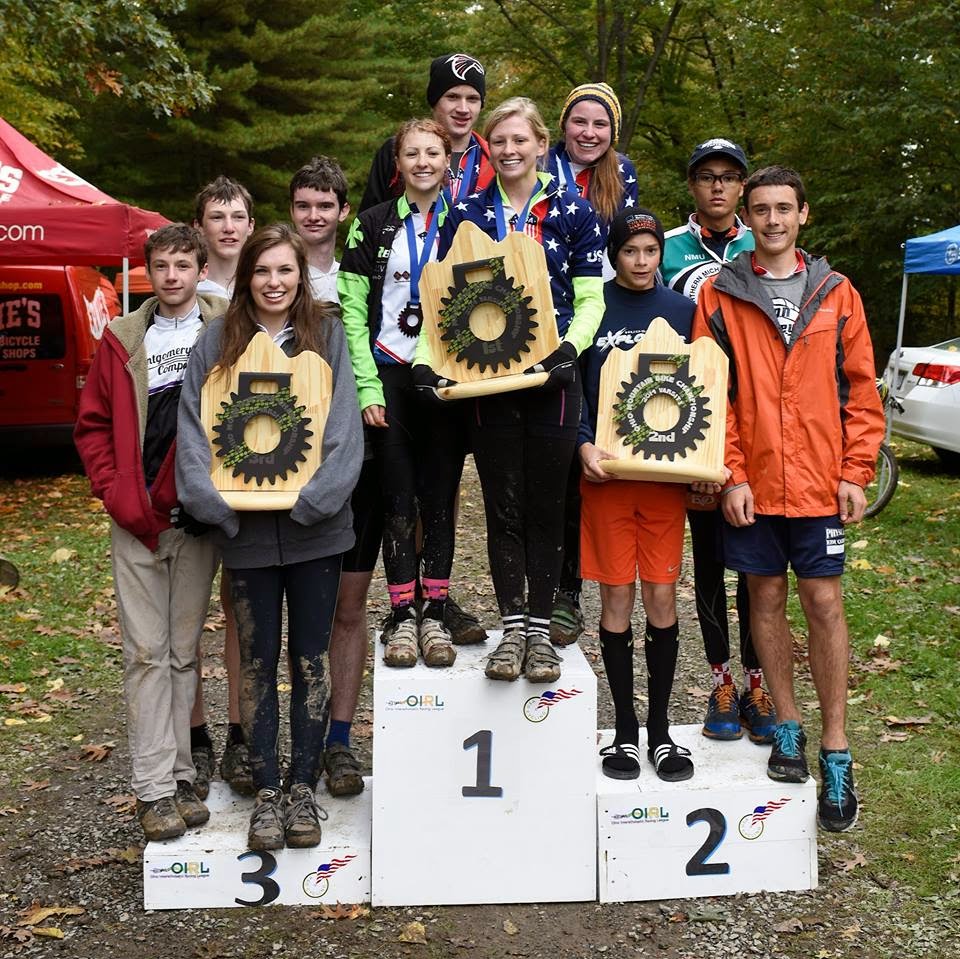